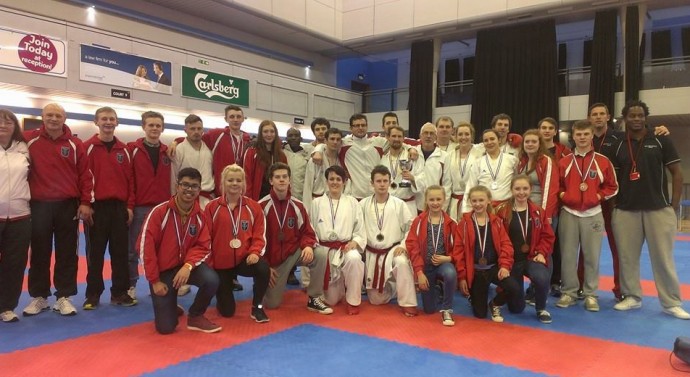 WKU Men’s Team win Gold for the sixth time in a row… and WKU Ladies Team win Silver at the English Championships March 2014.

This was one of the biggest ever WKU squads entering this championship. We had a lot of injuries in the build up to the competition with a few having to withdraw from competing.

The first day saw Gemma Cross win Silver in the Kata and our girls’ team (Chloe, Nicole, and Chloe) in the 12y-13y took the Bronze position. Well done girls – that gave us an excellent start to the competition.

Sunday was a very demanding day for the WKU Coaches and again the Squad produced some encouraging performances.

Congratulations to all the WKU Squad on an excellent performance.