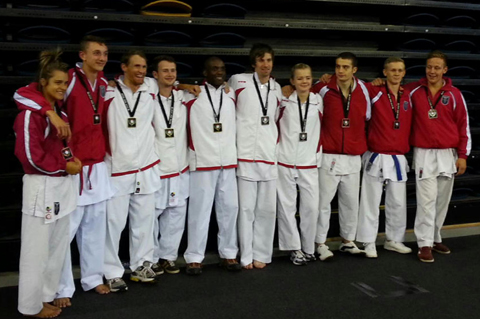 The two Squad sessions leading up to the English Karate Federation Championships at Sheffield 20th and 21st April were well attended.

With 28 athletes and the new coaching team in place this was the largest Squad we had taken away for a long time.  We were ready to compete.

All our athletes performed with a good sporting attitude and morale was high, as is reflected in the results.

A big thank you to all, especially our coaches, who helped make this day a great success.

Lee and Steve Heath have both been selected for the England Squad and are due to represent England at the European Championships in May.