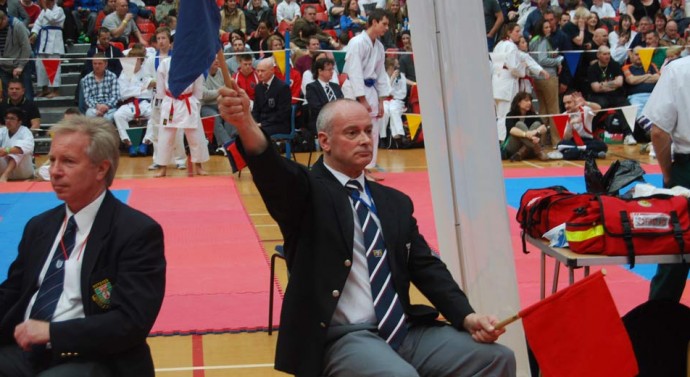 Thank you all for your hard work yesterday at the WKU Spring competition.

In spite of  low number of officials we covered the six tatamis successfully and, with over 500 competing , we still managed to start clearing the hall at 4.15pm and finished before 5 pm.

Due to all your hard work I can say that as Chief Referee on the day I did not receive one complaint and when talking with Medical Staff after they stated that there were no major injuries to talk of for a competition of this size.

There were numerous comments of praise from Coaches on the standard of competition and how well it was run and once again this was down to everyone’s hard work and pulling together.

Many thanks to your continued support and look forward to seeing you all at the WKU Winter Competition in November 2015.