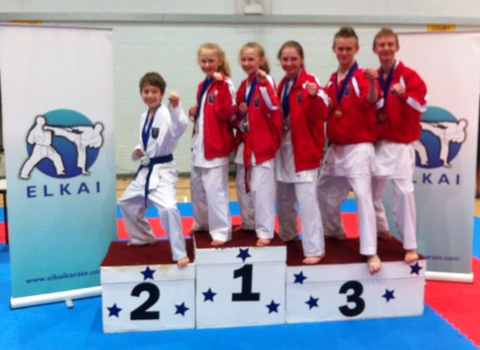 Sophie Ward narrowly missing out on gold in kumite due to her opponent being unable to continue after taking her down with 12 seconds to go.

Brad Summers again just missing gold in kumite by three seconds due to his opponent’s score!

Fantastic effort from everyone each gaining a medal position!