Once again, the course was a great success with over 40 attending and Bristol, Clevedon, Esporta, Portishead and Shinwa being represented by their members.

A guest instructor was Phil Woodfield from Stratton HKK; Phil was also taking his EKF coaching certificate and my own view of his coaching was that it was first class.

Everyone seemed to have gained something from the day, and we look forward to putting another course on in about three months time. 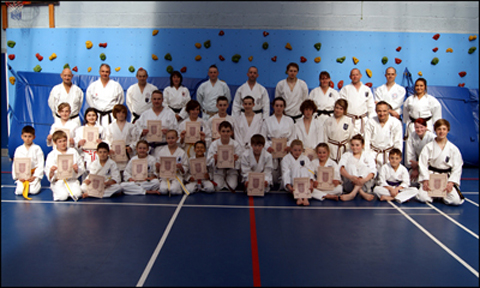